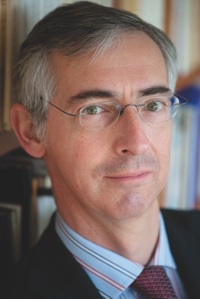 Born in Brussels in 1959, Bernard Coulie is married and father of three children. He lives in Louvain-la-Neuve (Belgium). He graduated in Classics and in Oriental Studies from the Université catholique de Louvain (UCL), where he got his PhD in Oriental Studies, before going abroad for two post-doc stays, at the Dumbarton Oaks Center for Byzantine Studies (Harvard University) and at the University of Vienna. He launched his career at the National Fund for Scientific Research of Belgium, and was appointed at the UCL, where he is ordinary professor. He teaches Armenian, Georgian and Byzantine studies, as well as the history and current relevance of European culture. He has been the rector (vice-chancellor) of the UCL from 2004 to 2009. He is interested in international politics, European studies and the future of higher education.